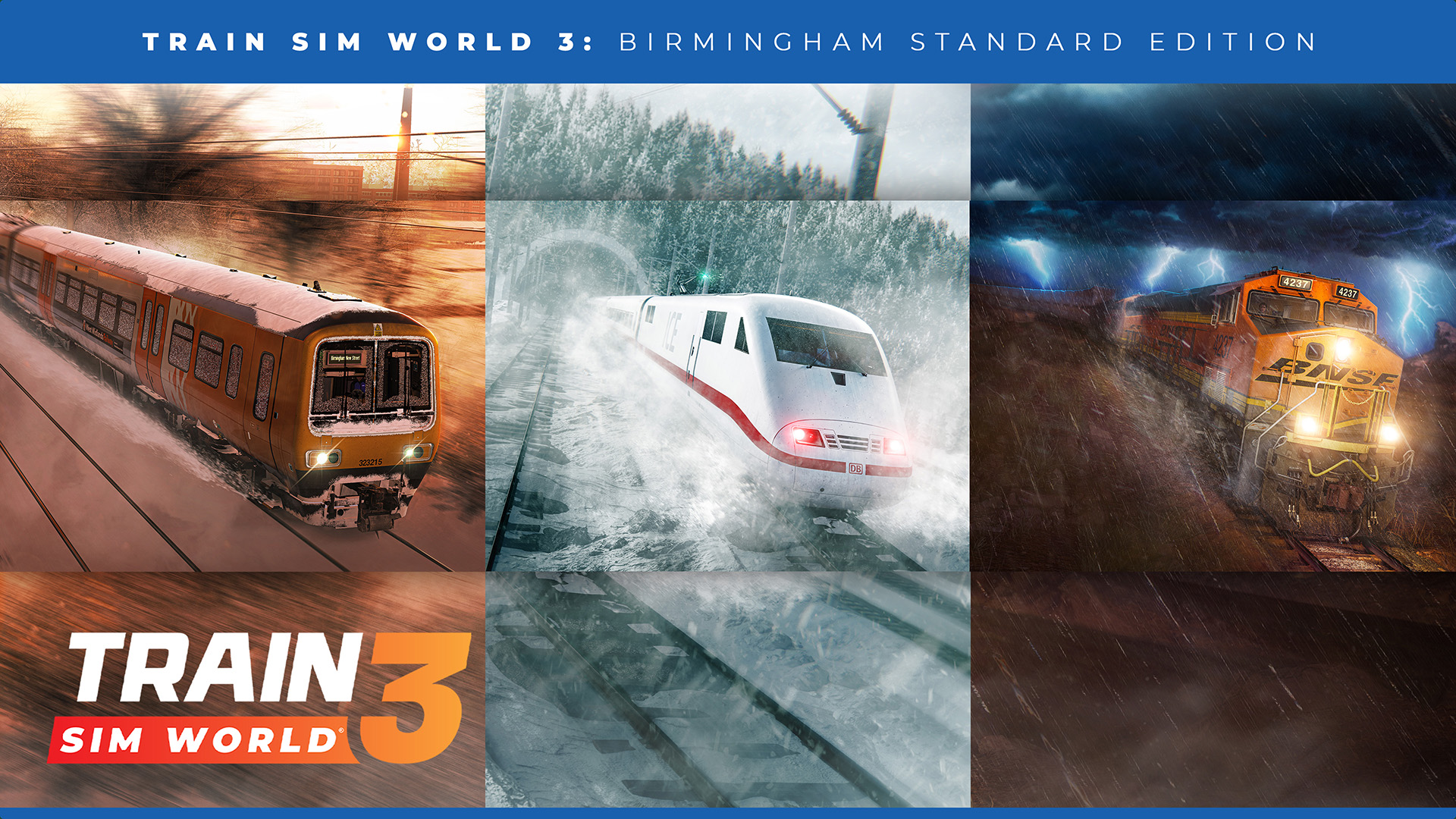 This addition to the collection of Editions, bundles, and Starter Packs available means that there are options for everyone to enjoy all the latest lighting and weather improvements, take advantage of the Training Center, and experience new routes and locomotives – without the worry of purchasing the same route twice or missing out on routes not included in a Starter Pack.
Free updates to Spirit of Steam and an extension to Southeastern Highspeed also form part of this bundle for those who previously owned these routes – read more in the next section! 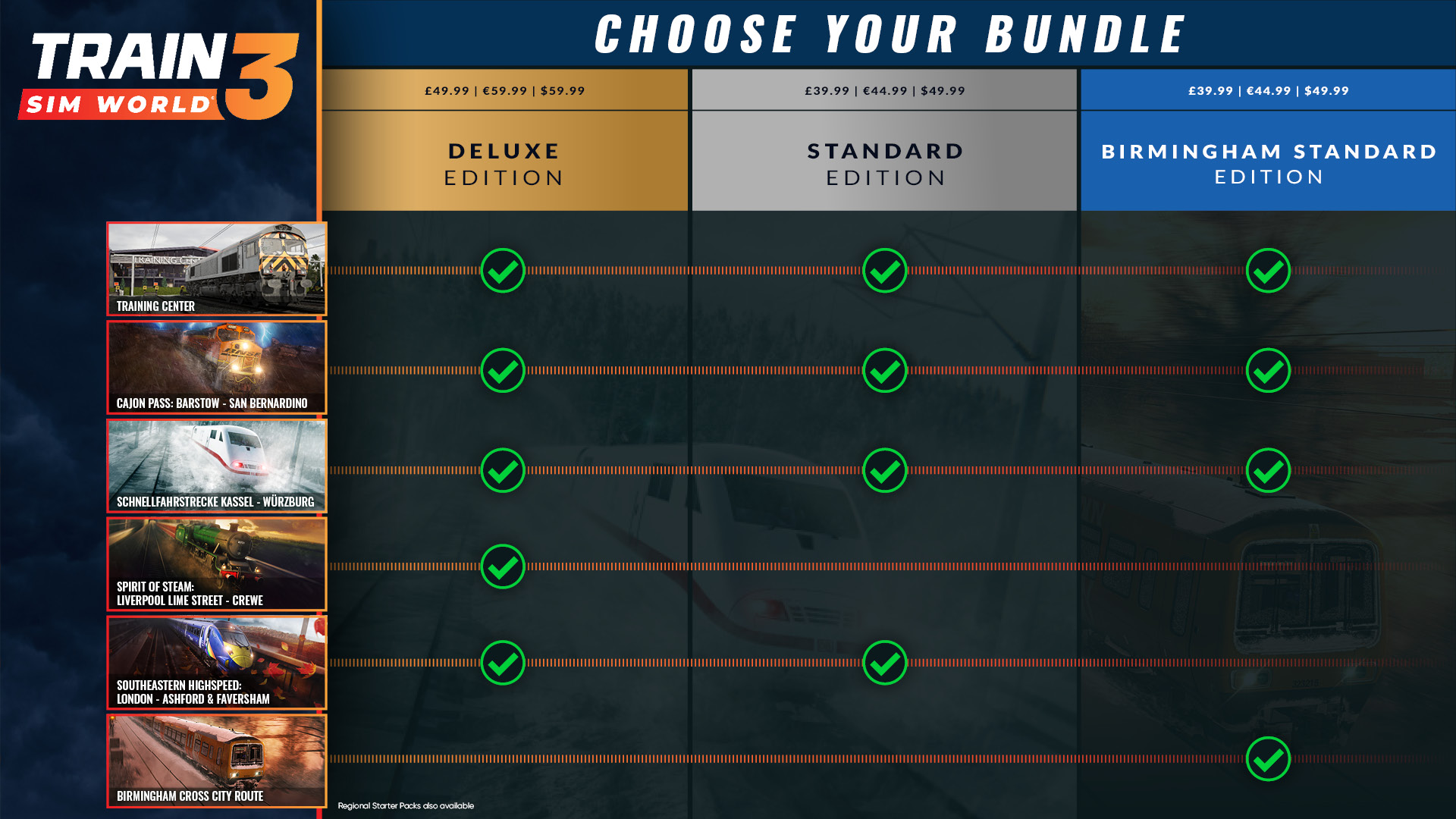 Why is this the right bundle for me?

“I’m a Train Sim World 2 player. I already own Southeastern Highspeed and / or Spirit of Steam.”

Then this bundle is made for you! Purchasing Train Sim World® 3: Birmingham Standard Edition will give you access to three new routes exclusive to Train Sim World 3 as well as the Training Center. Haul mile-long freight through California with the BNSF ES44C4, take passengers at high speed through Germany in the iconic ICE1 and master the West Midlands between Lichfield, Bromsgrove and Redditch via Birmingham New Street with the busy West Midlands Railway Class 323 services.
This edition will also extend Southeastern Highspeed to Ashford and Dartford and will add in the Class 465 even for those who hadn’t purchased this distinctive suburban EMU as a Train Sim World 2 locomotive Add-on.
Spirit of Steam receives all the lighting and weather updates from other core Train Sim World 3 routes too, making Liverpool to Crewe look better than ever! 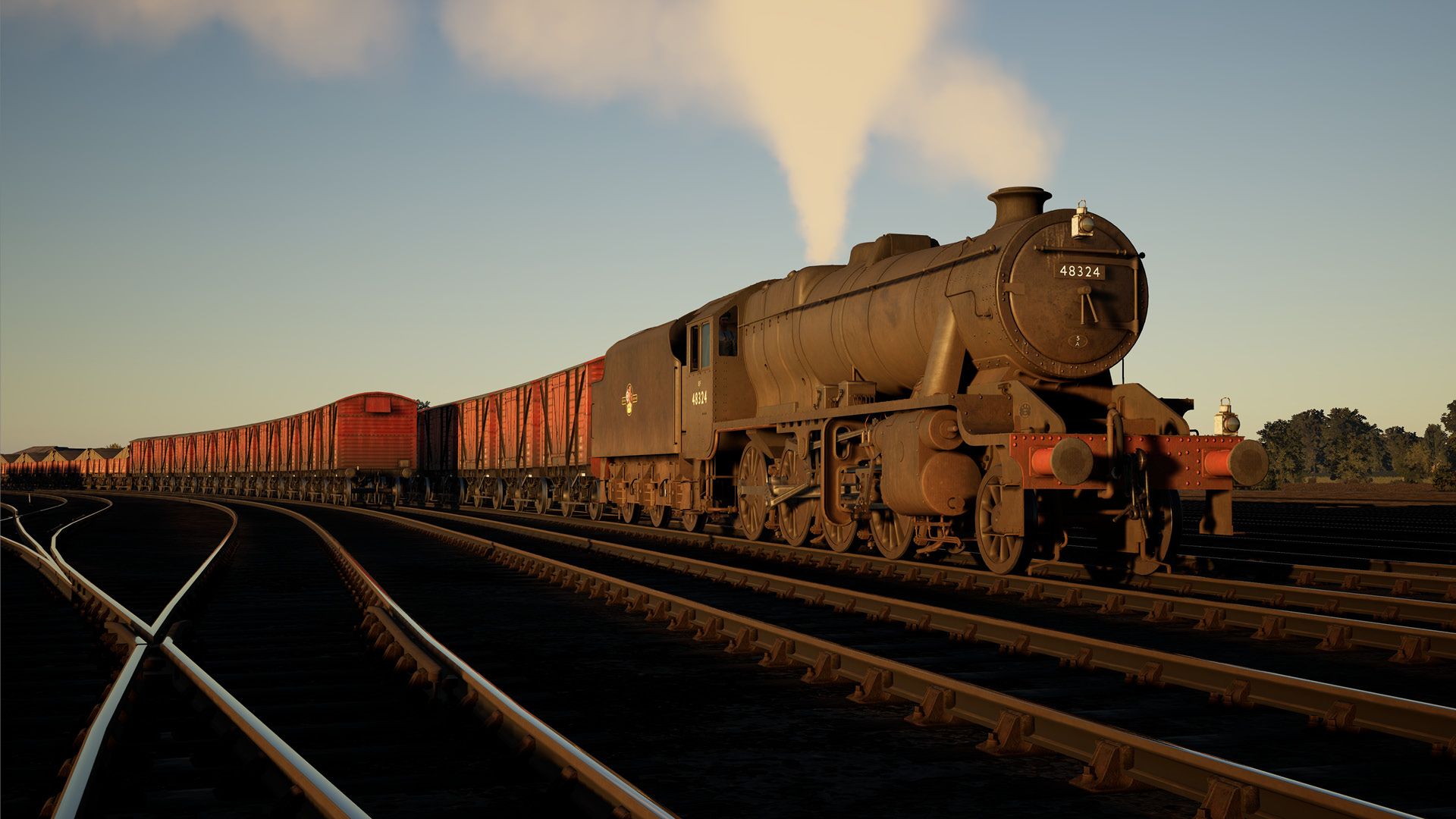 “I’m already enjoying Train Sim World 3 – did I miss out on something?”

“I’m completely new to Train Sim World 3 – Is this bundle right for me?”

Welcome! It's our honour to welcome you to Train Sim World. This latest edition – Train Sim World® 3: Birmingham Standard Edition is a great way to jump into all the features that Train Sim World can offer from scratch.
The routes in this bundle, Cajon Pass, Kassel-Würzburg and Birmingham Cross-City, are all exclusive to Train Sim World 3 and feature a variety of locomotives and units, from the freight-hauling ES44C4, to the highspeed ICE1 and the distinctive Class 323 EMU. 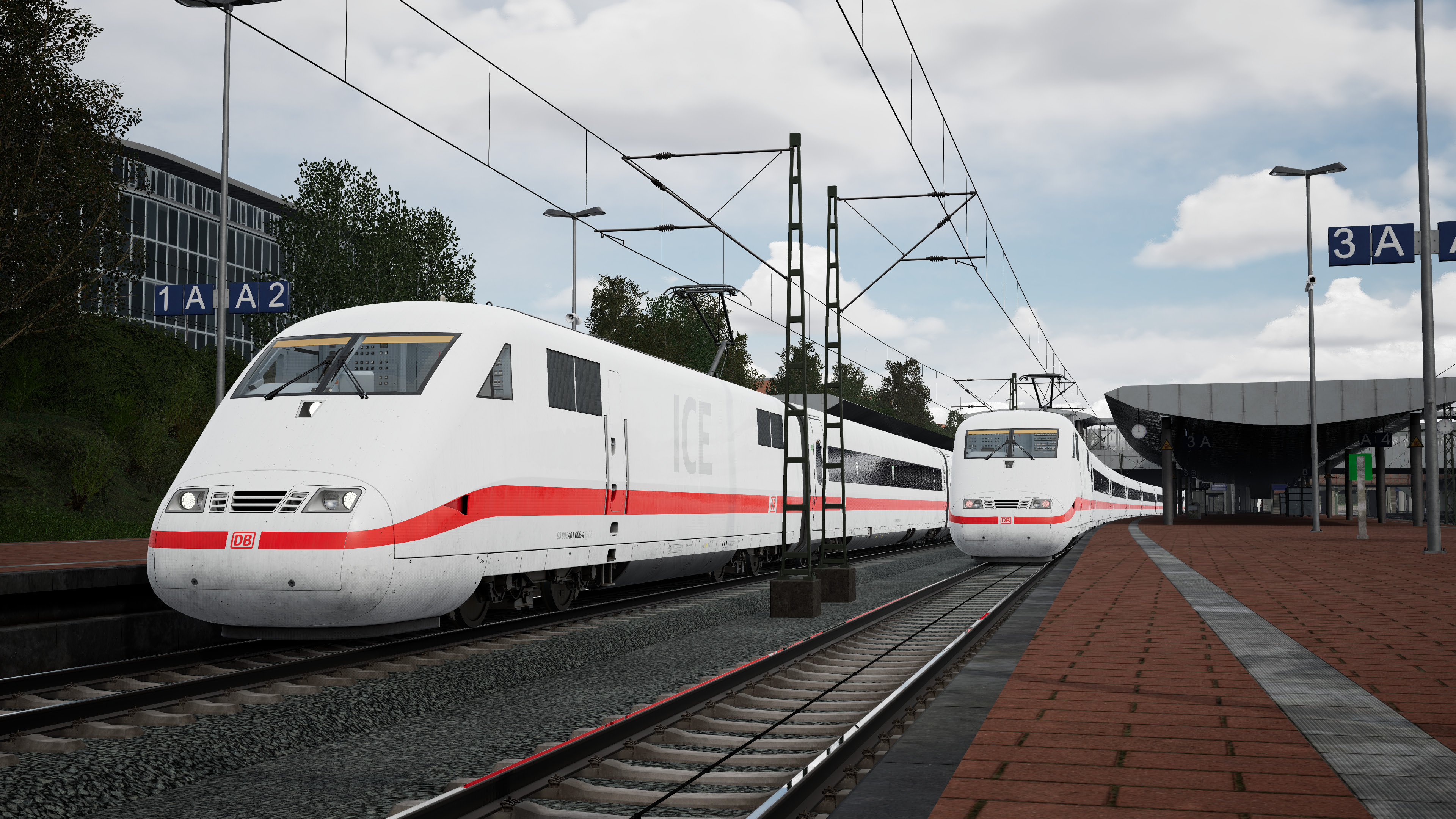 If Southeastern Highspeed or Spirit of Steam take your fancy at a later date, these can be purchased as route Add-ons which will contain the extended and upgraded versions of these popular routes. Other route and locomotives Add-ons are also available, such as Bahnstrecke Bremen – Oldenburg with others due for release later this year! You can also browse the extensive back catalogue of Train Sim World Compatible releases, such as Harlem Line, Cathcart Circle, and Hauptstrecke Hamburg-Lubeck.
Train Sim World® 3: Birmingham Standard Edition is out now for Xbox One, Xbox Series X|S, PlayStation 4, PlayStation 5, Epic Games Store, and Steam! It is available for £39.99/€44.99/$49.99
Find out more about Train Sim World 3 by following @trainsimworld on Twitter, Instagram, Facebook, YouTube, Twitch, and TikTok.